Dogs are a man’s best friend, or so they say. But while men are throwing frisbees to their best buds in some park field, you’ll find a queerwith their best friend; the odd, yet loveable house cat.

Psychology Today enacted a study recently on the differences between self identified “cat people,” versus “dog people,” and they came up with some pretty stark polarities.

One thing I found interesting about this was that dog people tended not to differ much from those who identified as both a dog and a cat person and from those who were neither. Cat people on the other tended to differ noticeably from all the other groups, suggesting that cat people stand out from the crowd more.

Queer folks have a history of “standing out,” from drag queens to the world-wide, annual Pride Parade, where you’ll find millions of queers, queer’ing it up down a street near you. Because of the othering, or alienation of queer people throughout history, queer culture has rebelled against discrimination by adopting a practice of overt visibility, meaning to stand out against the norm on purpose. That is why today, many people assume they can spot a gay person in crowd. However, it is not their sexuality you’re seeing, but their expression of  “otherness,”  which in this case is their queer-mindedness.

Since the domestication of cats thousands of year ago, our furry, feline friends have been linked to strange or mystical counterparts. Due to their own mysterious nature, cats were associated with equally mysterious symbolism such as being the faces for many gods in ancient Egyptian religions to being considered the partners in crime for so-called witches of the witch trial era.Meanwhile, dogs have gone from good friends to best friends for just about everyone. They are known to be quite social, lovable and friendly. Similarly, they are featured far more often with “normal” humans as their pals than any cats have. Just check out this list of the top 30 (yes, 30!) dog movies.  Pairing their history along with a usual independent disposition, cats have developed quite a name for themselves.  Let’s just say dogs are definitely the better-liked of household pets…

Cats have been squared-off into the realm of other, along with weirdos, oddballs, and of course queers. It is only natural that they now be linked to queer people as our companions.

It must be understood that queer does not necessarily mean gay, as a self identified straight person can be queer-minded. It’s important that you know exactly what I mean when I say “queer,” so here’s a definition of queer in terms of our society according to Michigan International Spectrum –

Queer: Used as an umbrella identity term encompassing lesbian, questioning people, gay men, bisexuals, non-labeling people, transgender folks, and anyone else who does not strictly identify as heterosexual. “Queer” originated as a derogatory word. Currently, it is being reclaimed by some people and used as a statement of empowerment. Some people identify as “queer” to distance themselves from the rigid categorization of “straight” and “gay”. Some transgender, lesbian, gay, questioning, non-labeling, and bisexual people, however, reject the use of this term due to its connotations of deviance and its tendency to gloss over and sometimes deny the differences between these groups.

It’s safe to say that queer culture has adopted the cat, and dare I say- made cat’s our mascot. We queers are all about otherness, and even those of us that don’t like cats, recognize their special place in our community. Here are some of the common reasons cats are associated with queer people, along with my commentary on each assumption:

This essay is in response to a question I get quite often- “Why do gay people like cats so much? …Feel free to ask me equally bizarre questions below or in my messages, or on my Facebook page and I just might respond to you with an entire article!

Please enjoy these cat things below, courtesy of your resident queerdo, Jaz. 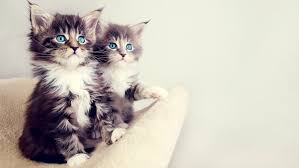 Jazzsoandso in no way supports perpetuating stereotypes. This essay is meant to parallel the many similarities between how cats are understood in society and how they relate to queer culture. Jazsoandso is also hoping to make cats the official mascot for the queer community… =)